Let me tell you a story. Once upon a time there was a little girl and she wanted to bake a cake. She prepared everything but got caught up in work while baking. The cake didn’t turn out that great. The sponge was dry and the cream was too runny. The little girl took a bite and what a surprise! Beside the texture it was actually quite delicious! And because she didn’t want to throw stuff away that’s (perfectly?) good, she ate the whole cake. Alone. Hiding it from everyone who could have judged her. Now did she give up?! No! After the the failed cake had been eliminated she tried again – for her friends birthday and made just a cute little heart-shaped version for her blog to take pictures for. So she polished her techniques and what did she see: the cake was perfect! In texture and taste. That’s for getting back on that baking-horse again! Try, fail, try again. 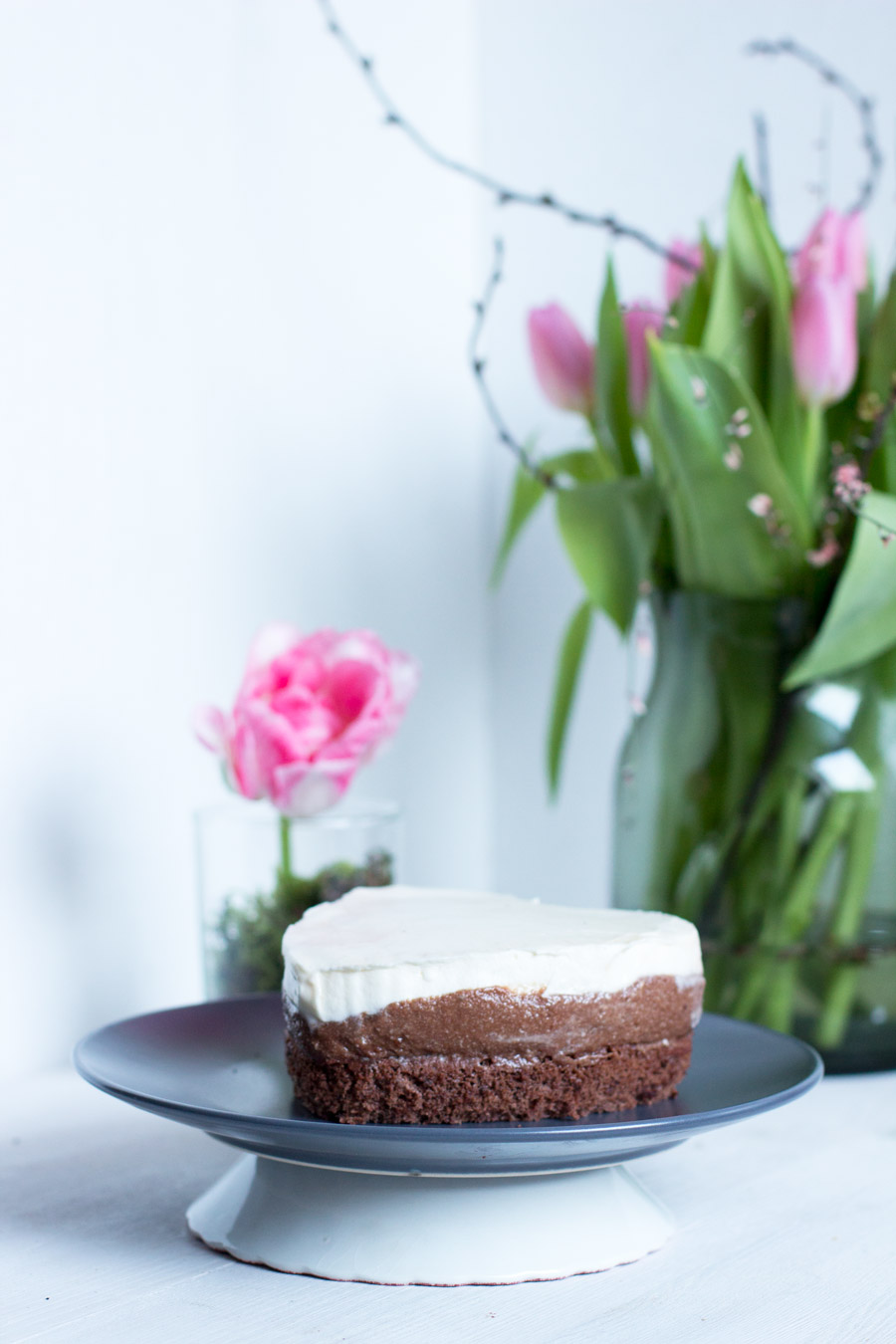 She was now so looking forward to take pictures of that cake to share with her friends (and fans and followers and readers) that she was really excited. The next day she was quite busy but the cake was safe and sound in the fridge. In the evening she had her sister over for dinner and suddenly her boyfriend came and served the cake (cut into pieces) as dessert. What a blogging disaster! If there are no pictures: did the perfect cake happen at all? So the little girl was in shock but looked through the pictures on her camera and found some testing-pictures. Not styled in the best way and not all the angles to do the cake justice but not posting at all? Or making it in a hurry again? No way! 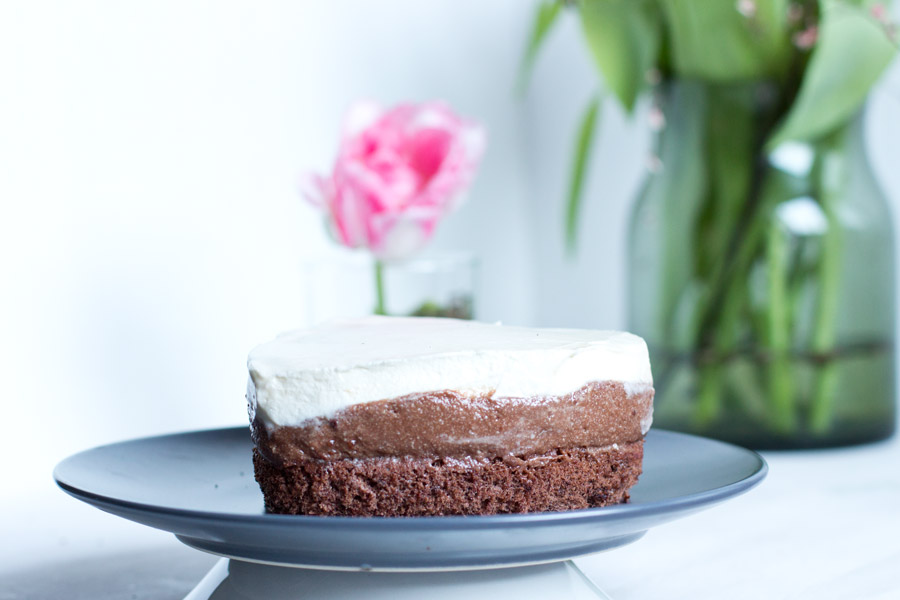 So here is the great recipe of the perfect caramel and chocolate mousse cake without the best pictures. Sorry. I tried.

Any resemblance to real persons, living or dead, is purely coincidental. 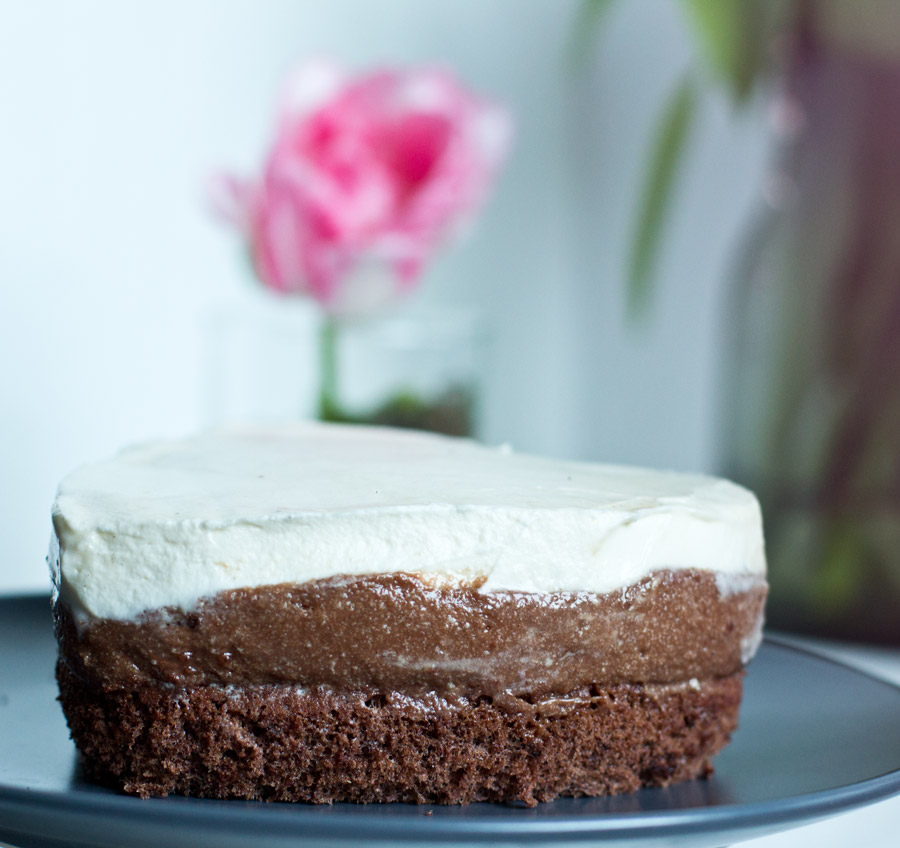 Preheat the oven to 200 ° C. Mix the flour with the corn starch and cacao powder. Beat the eggs with the egg yolks and sugar until light yellow and fluffy. Add gradually the melted butter and the dry ingredients. Put in a baking tin and bake for 20 mins. Let it cool.

Pour 60 g of the sugar into a high pot and heat until the sugar turns into caramel. Meanwhile beat the egg whites with the rest of the sugar in a mixer. (That’s when a hand mixer is really unhandy as you have to watch the caramel and whisk the eggs. Opt for a automatic mixer or a helper.) Now pour the hot milk over the caramelized sugar and stir well. (Carful! It can quickly rise and boil over!)

Now add the cold milk with the pudding powder and stir until it thickens. Add the chopped chocolate and stir well. The egg whites should be stiff at the same as the pudding is done.

Take half of the stiff egg whites and stir it under the hot pudding. Fold in the rest of the egg whites. Put a cake ring around the sponge and pour the cream in. Let it rest in the fridge vor 2 hours until it stiffens.

Beat the cream with the sugar and add on top. Voilá! 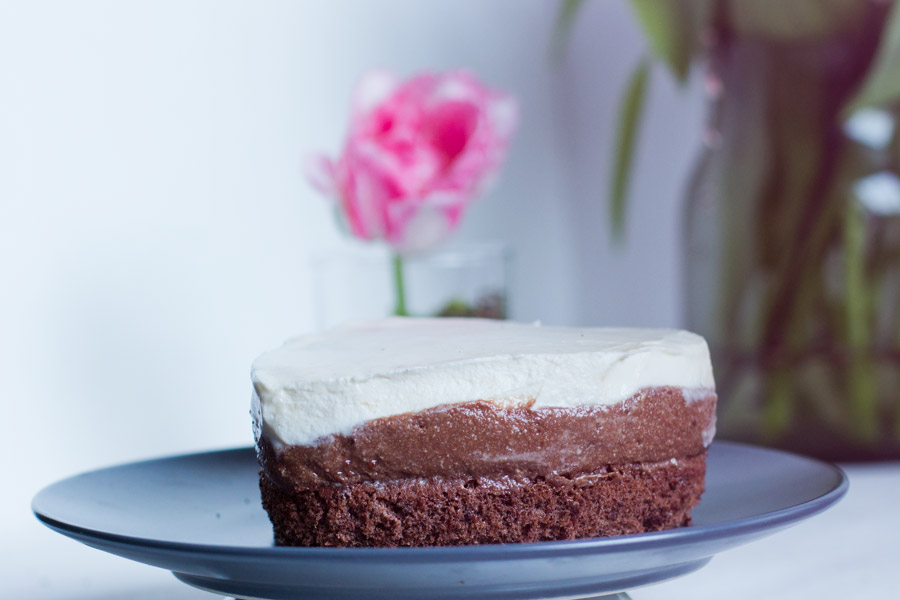 I also wanted to add some sliced blood orange on top to give it some freshness but those would have been in the picture I didn’t take. Just so you know. Would be good if you have the time. 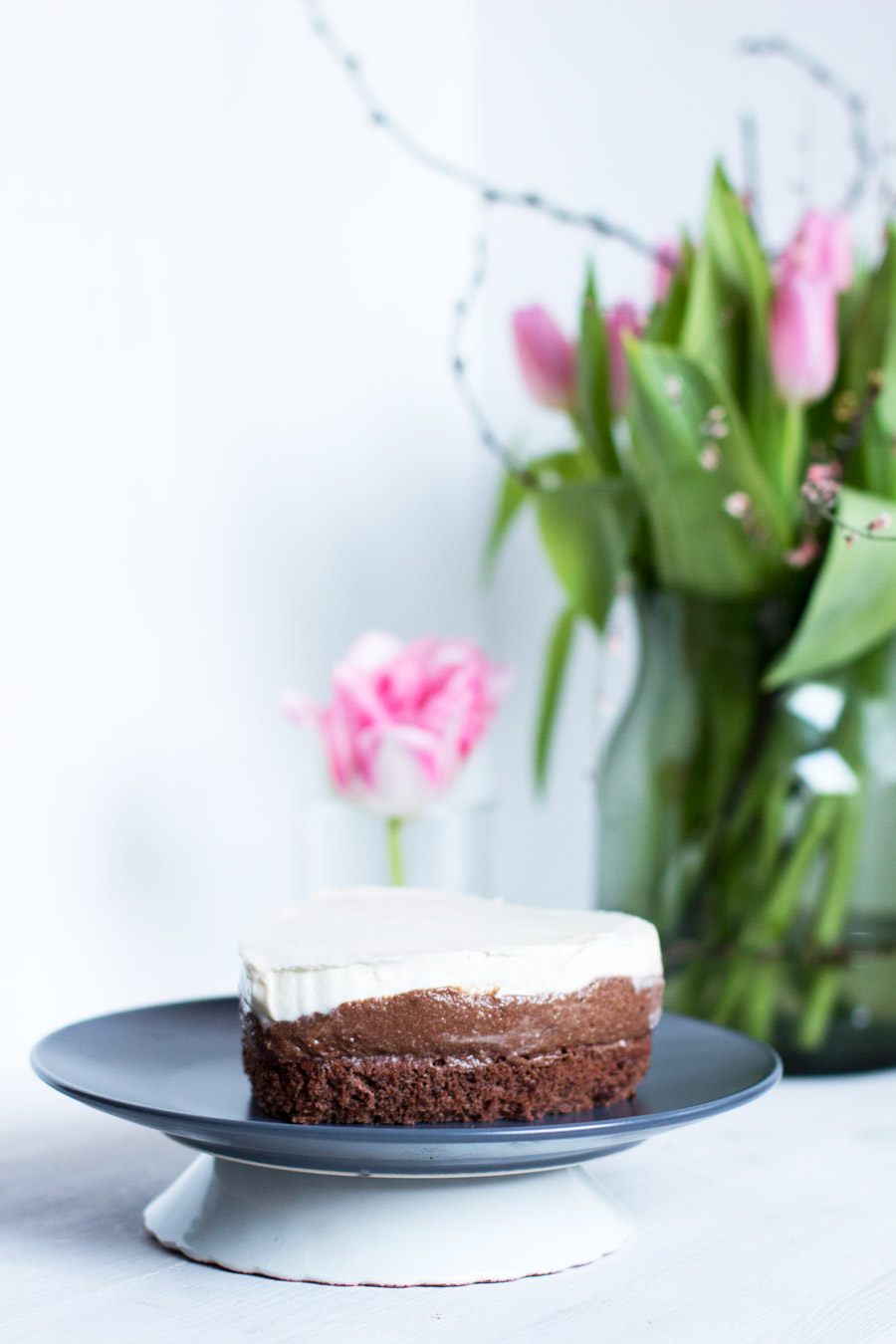 Anything that you failed at lately that you’d care to share? I would love to hear your stories of things you learned lately.