This copper wood side table was a long time in the making. To be precise: it took me years. Ok, that’s over-exaggerated. Maybe a year. First, I had to get all the material which took me a while to find a board that has the right thickness. Only this took me months. Then I went to the hardware store to buy the copper pipes and had them cut it. But because I went there 10 mins before closing time, they didn’t made it as precise as I needed it for a stable table, so I had to cut it at home. With a metal saw. Don’t ask. 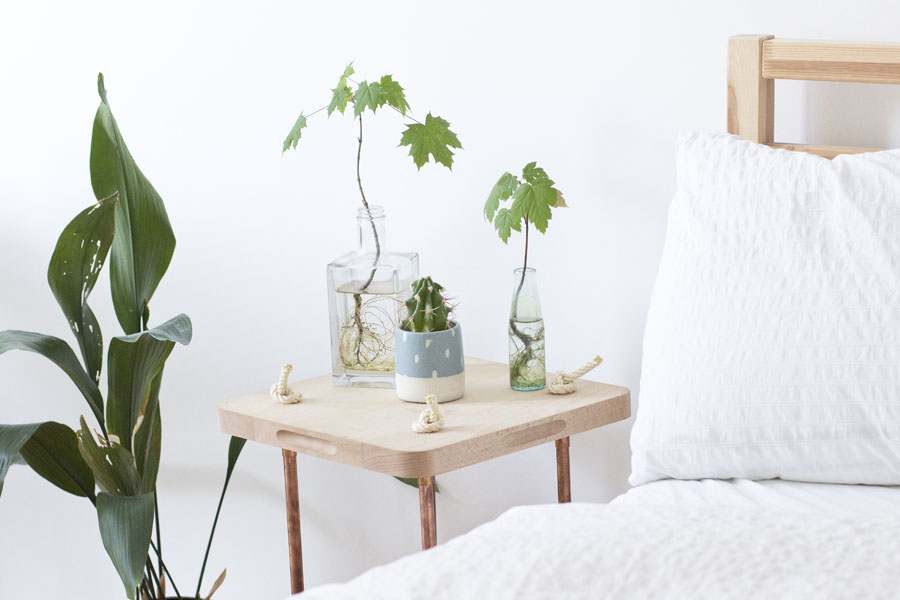 But I still wasn’t done: I assembled the table and found out that it’s not working. Read: stand up alright. I was so frustrated after this odyssey that I put all the stuff aside. Moved and took everything with me in pieces and left it that way for months. 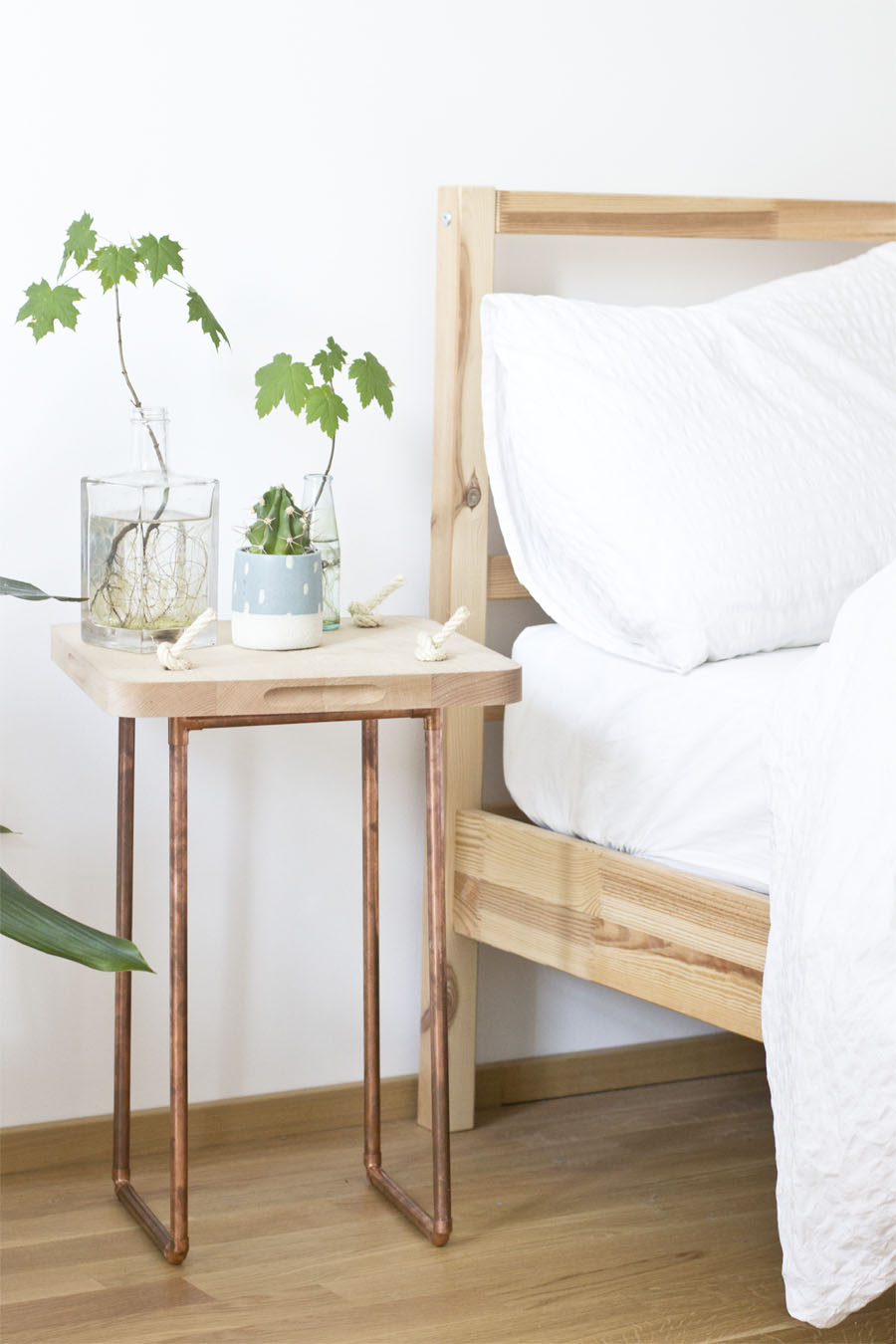 One day (or was it a night?) I had this epiphany that I could use rope to make it stable. Rope! What an idea. I was so motivated but couldn’t find the right one until last week in the hardware store. But again I went there 10 mins before closing time so I couldn’t buy the right one. So this week I went back and made the table in one (cr-)afternoon. 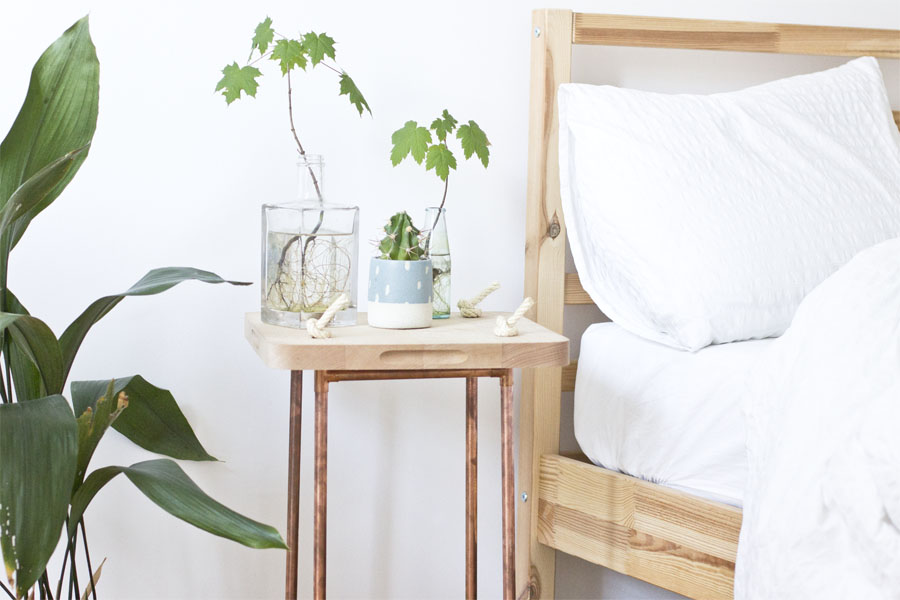 And it wasn’t hard at all! The only thing is that I missed 4 pieces of T-shaped copper pieces in the supply picture. But I guess we can get over this.

Now let’s celebrate the copper wood side table that has been the result of all of this. 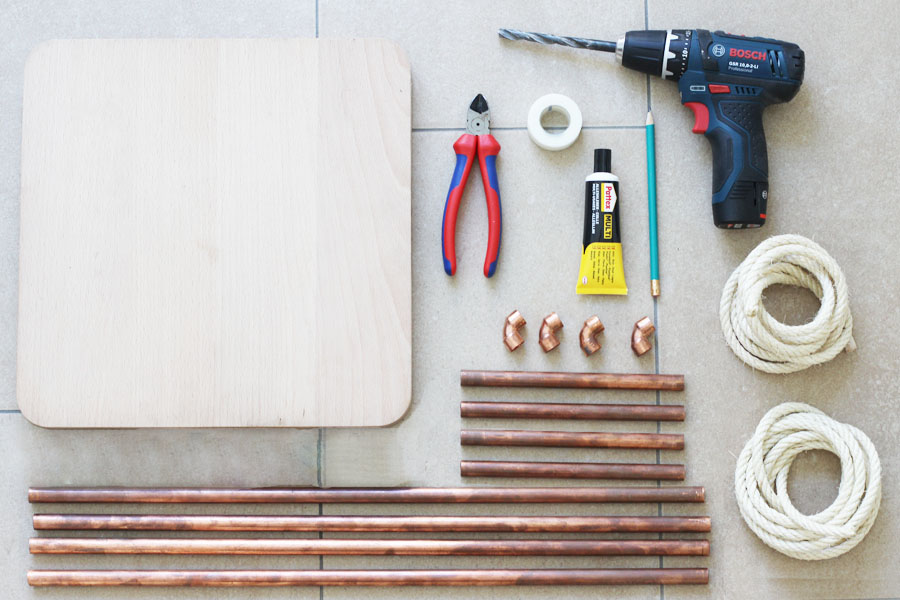 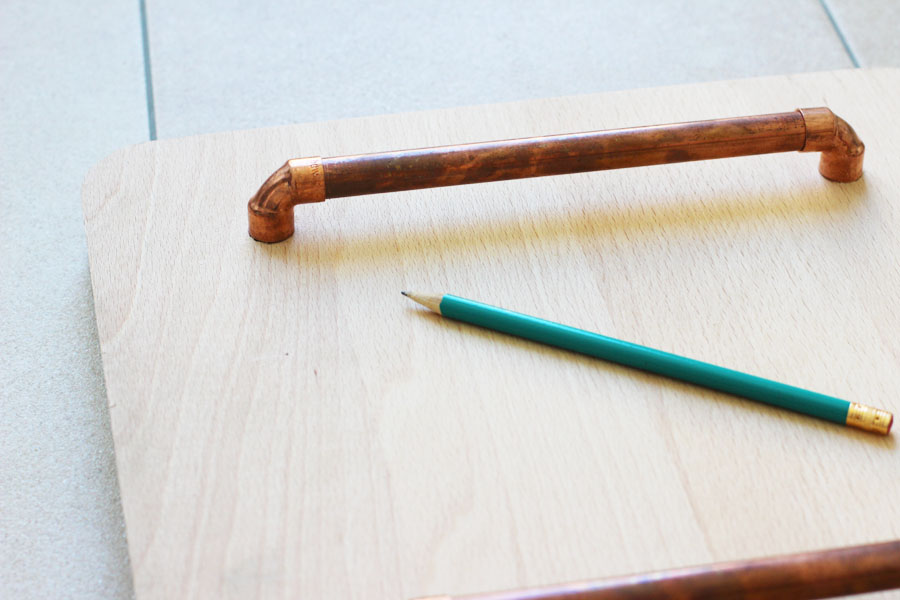 First mark where you need to drill the wholes. It should be a square with 20 cm copper pieces fitting into it. 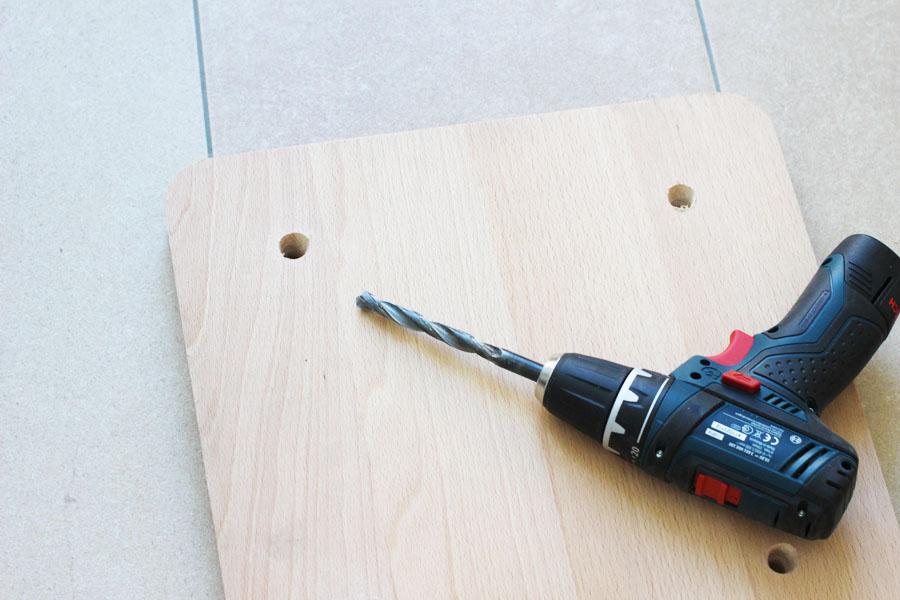 Drill the holes making sure the T-pieces fit into it to about the depth of 1 cm. 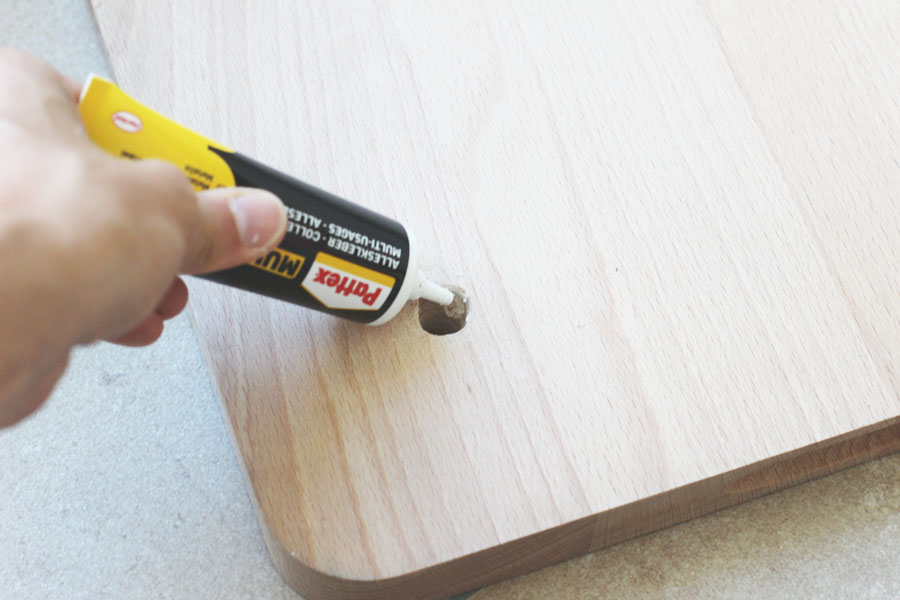 Put a little glue into the holes. 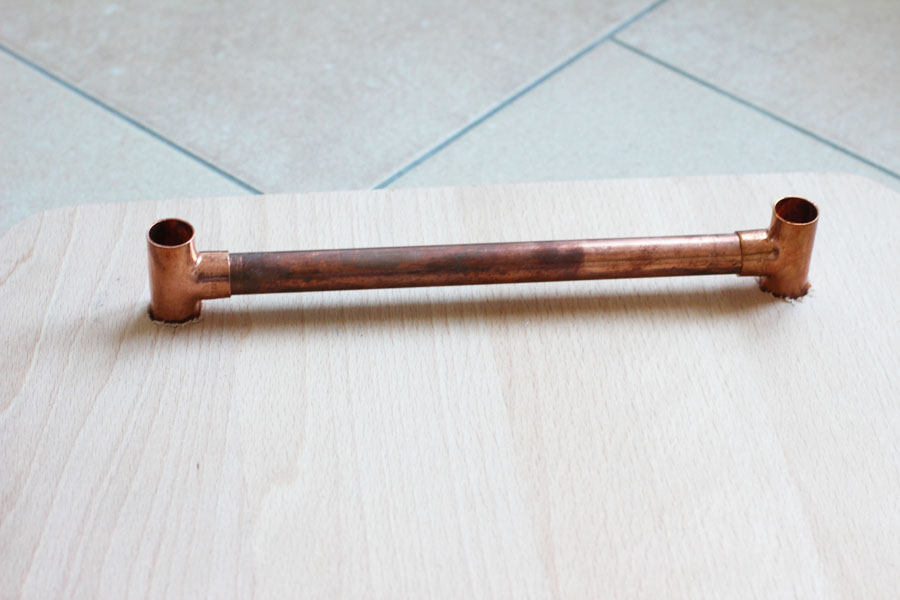 Put the T-pieces and 20 cm copper pipes into the holes. 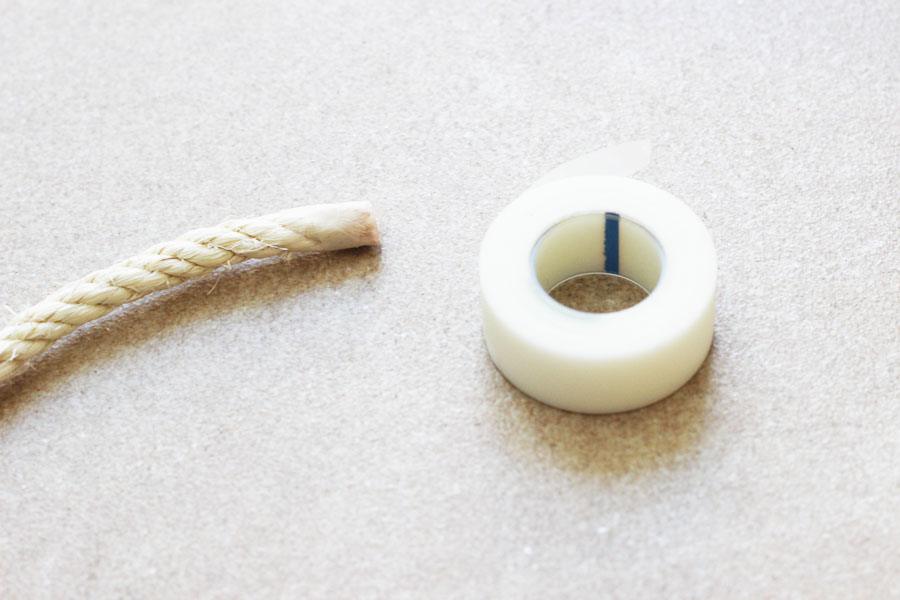 Take the tape and wrap it around the ends of the rope. 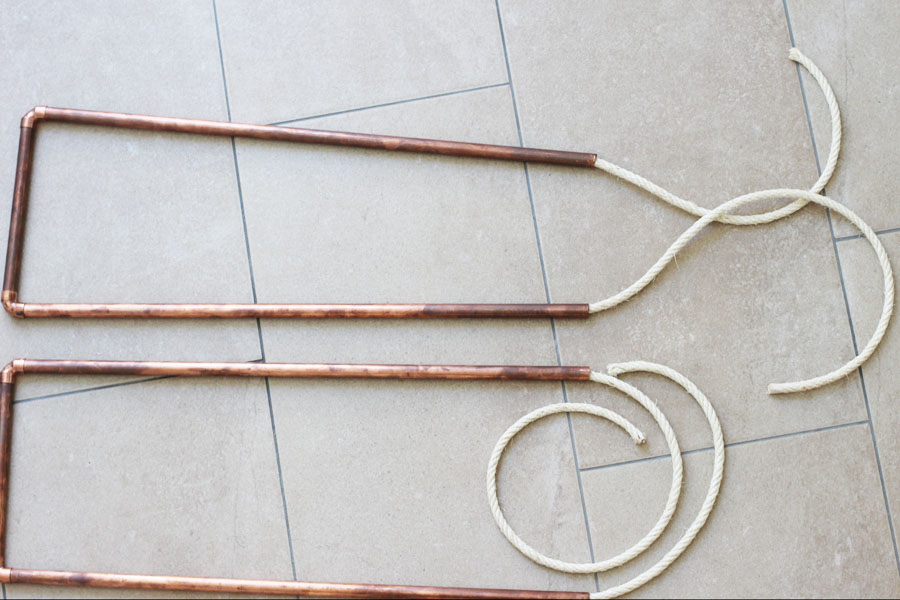 Now assemble the other copper pipe pieces with the rope as seen in the picture above. The tape makes it easier to thread it through. 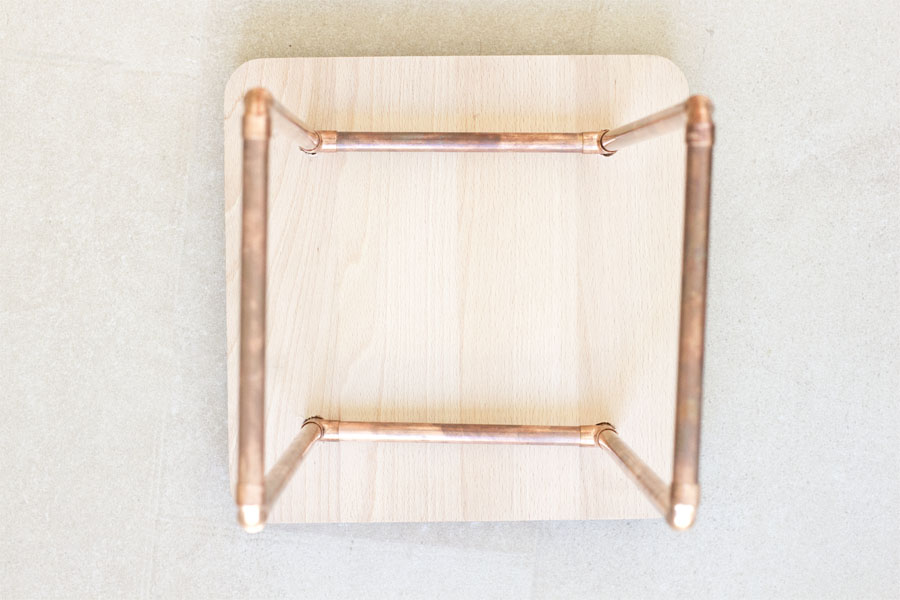 Pull the ends of the ropes through the copper and board you already assembled. Make sure the 20 cm pipes go all away around like in a square.

Tie a knot on the top of the board and voilá! That’s it!

It’s not the most stable table there is but it holds up alright. I use it to display some of my plants and they look awesome! The smaller the legs, the more stable it is though!

It’s also a great bedside table as you can see. It might go really well with my copper cement lamp… 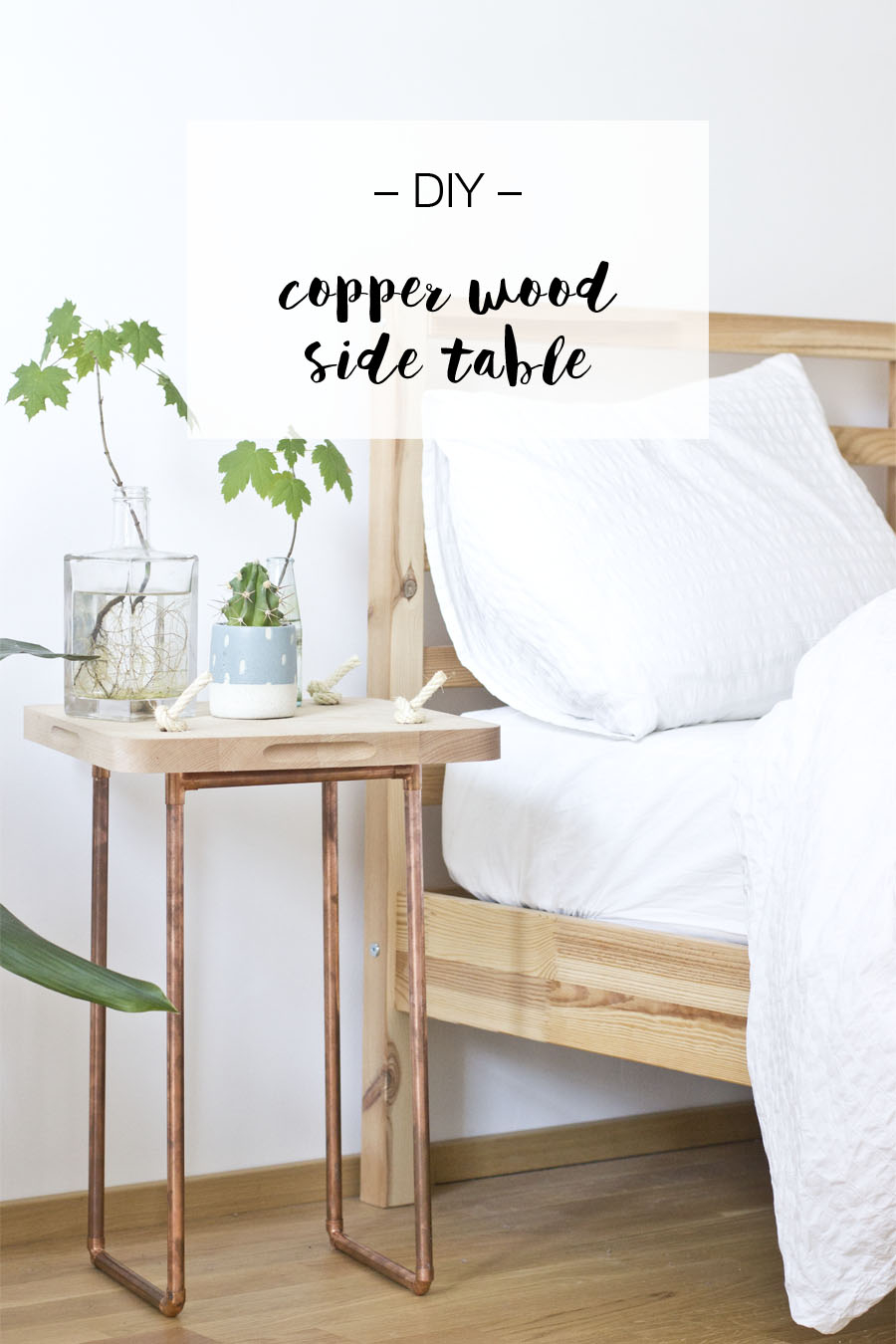 Can you tell me a story of something that was a long time in the making? Anything that’s still not finished (I have plenty!)? Let me know in the comments!

So there‘s my secret for all my happy plants on

So there‘s my secret for all my happy plants on